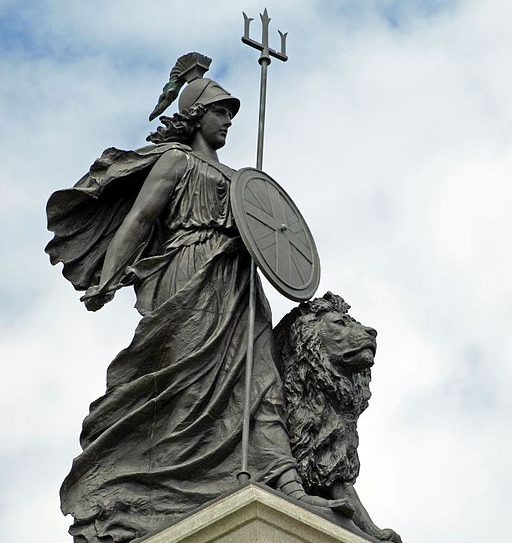 What are 'British Values'

Politicians and commentators often talk about the importance of British values and the need for migrants and refugees to respect British values. Such arguments have emerged strongly in debates over terrorism. Claims of this kind often, perhaps typically, mask a more or less deep-rooted prejudice towards outsiders and an assumption of the inherent superiority of Britons. Proponents of these views look back to an imperial past when Britannia ruled not only the waves but also much of the land and when it seemed natural to divide the people of the world into distinct 'races'.

We are rightly sceptical of such arguments, but is any meaning to be found in the argument that a society such as Britain is indeed marked by values that are subscribed to by a majority of its members and that help to define a shared sense of identity? Under what conditions can we talk about any kinds of national values?

These ideas are best understood through the arguments that I have developed on social consciousness and social structure in the posts of May 12th and June 3rd. I followed Hobhouse in seeing social consciousness as 'dispersed in the minds of individuals but ... sustained and transformed through the constant flow of communication among individuals'. From this point of view, the culture of a country compromises those ideas and meanings that circulate through its population and are sustained by them in their actions and institutions. 'Values' are the specifically moral ideas and meanings underlying views on how we 'ought' to behave. National values, then, would be the values circulating through and sustained by a particular national population.

A key sociological task is to uncover whether such values exist by exploring public and private discourse, informal understandings, and everyday practices, the operation of legal institutions and agencies, and the myriad customs, traditions, and practices that together comprise a particular 'society'. This is not to revert to the ideas of 'value consensus' that haunted sociology during the 1950s and 1960s. There is no monolithic conformity whereby each individual espouses an identical moral point of view. Sociological analysis will disclose, for a society such as Britain, a complex of intersecting - and often contradictory - value ideas, the totality of which comprise the 'British values'.

Politicians today generally allude to such British national values as democracy, tolerance, individual rights, and so on. However, this involves a degree of selectivity. If politicians wish to use 'British values' as a rhetorical device, they must recognise the values that actually are sustained within mainstream British culture and not just the ones of which they happen to approve. It cannot be assumed that British values are necessarily benevolent and tolerant: racist, sexist, and other oppressive values abound in Britain today and might reasonably be taken as 'British values' if they circulate widely and are sustained in major institutions and practices. The most famous example of this, of course, is Lord Macpherson's discovery of 'institutional racism' at the heart of the police and other organisations.

Many such values may be regarded as subcultural values that are associated with particular subgroups and are sustained through their differential association. However, subcultures are not hermetically sealed off from the surrounding culture. Intersecting patterns of association bring subcultures into complex articulations with the mainstream culture and this allows some values to persist as 'subterranean' values, given particular emphasis within a subculture but having occasional, hidden expression within the mainstream.

Values are virtual realities that exist only in the inchoate circulating beliefs and statements of a myriad individuals. A task of the sociologist, then, is to uncover the whole complex of value ideas that people sustain in their discourse and practices and to discover the mainstream and subcultural organisations, classes, scenes, and worlds, in which the various values circulate and are sustained. We must also explore the extent to which values are transnationally shared through the growing globalisation of social relations. Identifying any subset of well-articulated 'British values' will be quite complex and may not lead to the neat moral conclusions that politicians espouse.

The examination of the inchoate value ideas discovered by sociology and to clarify the more abstract virtual values that they express is a philosophical task. This has been a central concern of philosophy from its Greek origins to more recent ordinary language philosophy. Such philosophical investigation can identify the virtual values of a culture, but can also identify inconsistencies among these values and, thereby, highlight the problems of achieving a fuller realisation of those that we might wish to promote.

This ongoing cognitive work of exploring the relationships between dispersed subjective meanings and virtual values resurrects some of the key ideas of classical British sociologists in developing a 'social philosophy' and is a key means of linking sociological analysis to social policy and social reconstruction. Central to this, however, is critique: criticism of those 'national' values that pose a threat to more universal human concerns.

< Reflections on the 2017 Election Structures, Subjectivity, and Virtual Reality >