My work on methodology has included both general scientific methodology and specific studies in the techniques and methods of documentary research and social network analysis.

My earliest publications explored aspects of Max Weber’s methodology in relation to Karl Mannheim’s approach to the sociology of knowledge. I engaged with the emerging framework of critical realism, as developed by Roy Bhaskar, and sought to apply this approach in my work. I developed a general approach to methodology that took a perspectival view on knowledge but avoided relativism. This was set out in ‘Relationism, Cubism, and Reality: Beyond Relativism’ in a volume edited by Tim May and Malcolm Williams (Knowing The Social World, 1998).

With Gayle Letherby and Malcolm Williams I entered into a ‘trialogue’ that we published collectively as Objectivity and Subjectivity in Social Research (Sage, 2012). We developed a joint approach that addressed the key issues of reconciling ‘objective’ reports with ‘subjective’ perspectives and adopted a realuist conception of scientific knowledge. 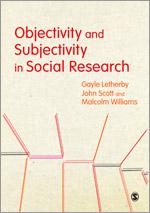 A discussion at a conference at Cardiff University can be seen at the Sage Research Methods website here (subscription required). 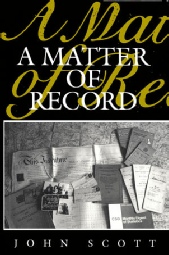 My work on corporate business led me to use a number of biographical and similar reference sources and to make use of newspaper reports on business affairs. I discovered that discussions of methodological issues in the use of documents were almost non-existent in the literature on research methods and so produced my own discussion based on my experience.

In A Matter of Record (Polity Press, 1989) I set out a general framework for assessing the quality and reliability of documents and I reviewed the various types of document that can be used in social research. I later produced a four volume edited collection on Documentary Research (Sage, 2006).

The principal method that I have been associated with is social network analysis. I began to use this in studies of corporate interlocks but discovered that the available software and methodological discussions were either non-existent or cast as very technical mathematics. I attempted to clarify this for myself and decided to publish my summary discussion of methods and techniques in Social Network Analysis: A Handbook (Sage, 1997). This was published in a third edition in 2013 and a completely revised fourth edition in 2017. I have an unofficial Erdős number of 5.

To complement this textbook I produced a short and simple introduction entitled What is Social Network Analysis (Bloomsbury Publishing, 2012). 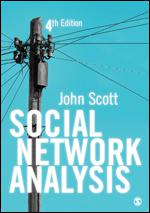 Supporting material on social network analysis includes The Sage Handbook of Social Network Analysis that I edited with Peter Carrington (Sage, 2011) and a four volume collection of key sources on Social Networks (Routledge, 2002). 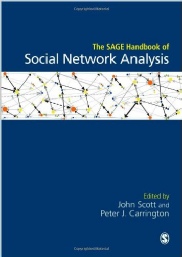 A podcast powerpoint presentation called ‘What is Social Network Analysis’ can be found here. (Sign-up required).

Here is a conversation and discussion from a conference at Edinburgh in which I discuss social network analysis and multi-level modelling with Mark Tranmer.