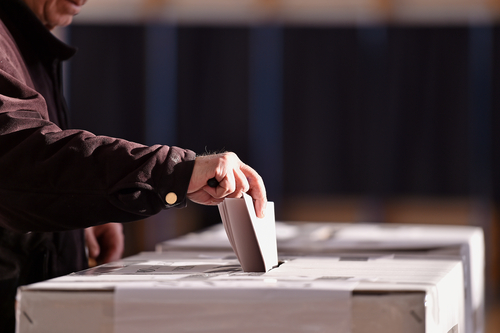 Reflections on the 2017 Election

So, the results are in (originally posted June 2017): a huge surge in Labour support - almost 40 per cent of the vote - destroyed the slim Conservative majority and the authority of the Prime Minister. What light can sociology throw on the results?

Sociological debate on British politics over the last 40 years has traced a process of 'dealignment' in which class-based voting decayed to be replaced by issue-voting politics and increased volatility in electoral outcomes. Class-based Labour voting had been rooted in the traditional solidarities of ethnically homogeneous working class communities, and a strong occupationally grounded and gendered trade union movement. Social change had swept away many of these communities and the forms of association linked to them. The growing importance of television and other media as means of socialisation and sources of information weakened traditional identities and commitments.

These social changes were the basis for the rise of Thatcherite Conservativism and Blairite New Labour. The results of the 2016 election suggest that these political forces, too, have now had their day. In the wake of the great recession, there has been a global growth of anti-establishment and anti-austerity politics, apparent in elections in Greece, France, and elsewhere, and in the election of Donald Trump. In Britain, this trend marked the election of Jeremy Corbin as Labour leader, the Brexit Referendum, and now the rise of the new old Labour of Corbyn.

Corbyn had faced many of the same media attacks as had Ed Miliband, the big difference being that his own parliamentary party had turned against him and undermined his media image even further. The paradoxical result was that Corbyn's popularity among workers and the young grew at the same time as his party crumbled underneath him and fed a collapse in the opinion polls. Opportunity came when Theresa May called the General Election in an attempt to secure an increased majority for her Brexit negotiations. This decision by May will go down as being as big a political miscalculation as Cameron's miscalculation over the Brexit Referendum itself.

It seems clear that a majority of the electors saw Brexit as no longer a major issue. Recognising that it was going to happen, one way or another, they felt that the real issue was the kind of society that we would live in post-Brexit. In the election, former Conservatives who had deserted the party for UKIP returned to the Conservative fold. In former Labour strongholds, UKIP voters began a return to Labour, and the party was also able to capitalise on anti-Brexit feelings in London and the South. Within Scotland, SNP voters abandoned separatist politics and returned to their traditional voting patterns.

Labour had successfully aligned itself with these social and political changes. Its proposals on health, social care, education, employment protection, and public ownership of key public services embodied a vision of a post-Brexit society with greater appeal than a protracted period of crisis-driven austerity. The anti-establishment and anti-austerity views that led to Corbyn's leadership in the first place formed a growing national mood and desire for change.

Some political commentators are already describing the outcome of the election as a sign of political 'polarisation' and argue for a rebuilding of the consensual 'centre'. There is, however, another way of looking at this. It may be a case of half-full/half-empty, but 'polarisation' can also be seen as a renewal of powerful ideological differences that reflect social inequalities and social divisions. The real task, surely, is not to promote centrist policies but to address the inequalities and divisions that are driving politics: this is exactly what Corbyn's Labour Party proposed.

We seem to be entering a new post-Thatcherite, post-Blair period, an era in which politics is not simply a return to 'old Labour' but something very different. We are part of a global trend away from neo-liberalism that will involve many uncertainties but also promises much.

< Interaction and Social Structure What are 'British Values' >