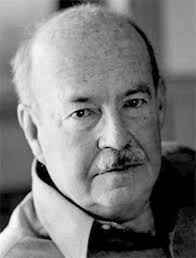 The Relevance of Talcott Parsons

Talcott Parsons is often derided as irrelevant to contemporary sociology. Criticised for his jargon and obscurity, his work is left unread. However, a number of sociologists are re-emphasising his importance for the development of the discipline. In this posting, I set out my own encounters with Parsons's work and why I see him as an essential contemporary figure.

I first became interested in Talcott Parsons as an undergraduate student. During my studies I read The Structure of Social Action and found it to be an impressive combination of a scholarly understanding of the history of social theory and a powerful and well-developed account of how sociological theorising should proceed – the two being linked by a coherent (if contestable) account of ‘convergence’. I was attracted, in particular, by his focus on general theory, having previously studied economics and Keynesian general theory in particular. I also saw parallels with the theoretical approach taken by Marx in Capital, where a general theoretical analysis of economic life was presented. I read David Lockwood’s papers on Parsons and on system integration and recognised there the parallels between Marxian and Parsonian structural and system theorising.

I was convinced that Parsons’s ‘analytical realism’ was the way to move from descriptive ideal types to explanatory theory. I read The Social System and knew that there was more in it and more to it than the off-hand rejections of it by critics such as C. Wright Mills and by those who simply saw it as badly written and jargon-ridden. I recognised the need for any discipline to have a specialised, technical vocabulary and began to realise that the writing style was, in part, a reflection of the pace at which he was writing and his intention to publish ‘work in progress’.

As a graduate student I wrote a dissertation on social stratification, utilising Marx on class theory and Parsons on a theory of ‘status’. This led me to think of writing a book on Parsons theoretical work and I was commissioned by the editor of a book series. This was the only point at which I had any contact with Parsons himself, as I wrote to him (around 1974) to say that I was writing the book. I had a brief reply, but there was no sustained correspondence, and my work on the book ended when the publishers commissioned, instead, a translation of Guy Rocher’s book. Through my career, I constantly read, used, and returned to Parsons theory, though never regarding myself as a Parsonian. I eventually came back to this project and produced The Emerald Guide to Talcott Parsons in 2021.

Parsons’s legacy for us is two-fold. First, he initiated the deep interest in classical sociology. Only because of The Structure of Social Action did we all ‘hesitate to forget our founders’ (in the words of Alfred North Whitehead). The long tradition of teaching and publishing on the classics of sociology would not have happened without Parsons. Second, he held the flag for general theory in the face of relativistic and subjectivist theories. He saw general theory as a basis for unity in the social sciences and avoiding the fragmentation threatened by those who stressed plurality and diversity in theory. His conception of general theory as a synthesis has been widely contested, but his work, and that of his students, keeps alive the idea that there is a possibility of developing comprehensive theoretical accounts that allow for advance and improvement in sociological understanding.

It is in this light that I think it important to reassert the relevance of Parsons today. The advocates of diversity and difference in theory and of its rootedness in contested political positions have had the upper hand in sociological argument. Reasserting the importance of Parsons is a way of countering this view. In work that I have previously published (for example, Sociological Theory, currently being revised for a third edition) I have presented Parsons as the ‘starting point’ for late twentieth-century debates. I looked at the various strands of criticism (symbolic interactionism, rational choice, conflict) as, in fact, developing aspects of Parsons theorising or ‘filling gaps’ in his argument. I then saw Habermas as someone who also recognised this and attempted to synthesise it all, along with Marx, into a new statement of general theory. I then looked at strands of theorising not attended to by Habermas (especially structuralism that largely post-dated Parsons) and went on to look at Anthony Giddens as providing yet another renewed synthesis of theories. Giddens had begun with a review of classical theory (in his case Marx, Weber, and Durkheim), worked through conflict theory and interactionism, and critically considering Habermas, and finally united this with elements of structuralism. His synthesis provided a way of overcoming diversity and establishing a framework from which Parsons could be re-assessed. (Though Giddens would not perhaps see it that way). I came to the conclusion that contributing to the emerging reassessment of Parsons in the US, Germany, Austria, and Italy would be an important way of rebuilding general theory along the lines intended by Parsons, but taking account of the various theoretical developments that had taken place since his death.

In Britain and the United States, sociology teaching has approached theory through ‘schools of thought’ and so has institutionalised particular approaches to teaching that emphasise difference and the ‘multi-paradigmatic’ character of sociology. This makes it difficult to develop alternative approaches to teaching theory. Paradoxically, the pedagogy of teaching theory through ‘schools’ and paradigms alienates students from theory – it is felt that theory is a game of conflict detached from empirical work and so is irrelevant and can be ignored for those who are not theoretically inclined. It would be a challenge to overcome this by teaching Parsons. My personal view is that theory should be taught around key concepts, rather than key theorists, but this would require a greater commitment to the idea of synthesis or, at the very least, to a recognition that diverse approaches are part of a common division of intellectual labour rather than warring factions. There is probably a larger battle to fight to establish the nature and purpose of sociological theory and the relevance of general theory. If we could develop that battle, then the need to reconsider Parsons would become obvious. It is important that those of us committed to that view keep up the fight by publishing and promoting our ideas.

It is an uphill struggle to renew attention to Parsons’s work because of these approaches to the teaching of theory. It is, however, an important struggle to continue with. In my own book on Parsons I alluded to the many important empirical studies undertaken by followers of Parsons that give the lie to the criticism that his work cannot generate explanatory work These works have been ignored, or have not been seen as being ‘Parsonian’ or Parsons-influenced. They need to have their place within empirical sociology as examples of what can be done.

Interestingly, I think that the public (and governmental) scepticism about the value of sociology is a result of the disciplinary emphasis on relativism. Reasserting the importance of general theory is a way to rebuilding public perceptions of the value of sociology and its contribution to the understanding of contemporary societies, their development and change. There was much optimism about the contribution of sociology in the 1960s, when Parsons was at his peak, but changes within sociology since then have undermined that public trust and confidence. Reasserting Parsons – and developing his ideas as outlined above – would be a major element in rebuilding optimism in a world that is much in need of it.