Sociology as a distinct discipline arose in many countries across the world during the nineteenth and early twentieth century. Discussions of the history of the discipline, however, concentrate on France, Germany, and the United States. While these are undoubtedly important sources of contemporary theoretical debates, the sources of sociology are much more diverse. Some of these contributions precede or reiterate concerns in the core areas of France, Germany, and the US, but others are lost to the history of the discipline. Some of the lost sociological ideas perhaps deserve to be forgotten but others could significantly broaden contemporary concerns. Other ideas have been reinvented without any awareness of what went before.

The principal topic on which I have written has been the work of Patrick Geddes and his associate Victor Branford, who set out a comprehensive social theory of globalisation, urbanism, and the environment and were the founders of the Sociological Society in Britain. Read more about The Geddes and Branford Project and find some resources for further study.

Some final publications that I have edited show my selection of the 100 most important sociologists of the nineteenth and twentieth centuries. Though largely confined to France, Germany, and the USA, these volumes aim to go well beyond the conventional focus on Marx, Weber, and Durkheim. Any selection of 100 is bound to be contentious, so please let me know which other theorists you think should have been included: but also indicate which ones you would have dropped to make the space! The books are Fifty Key Sociologists: The Formative Theorists, and Fifty Key Sociologists: The Contemporary Theorists, (both Routledge, 2007). 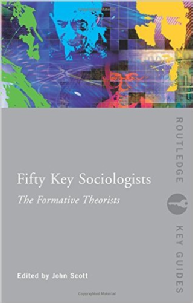 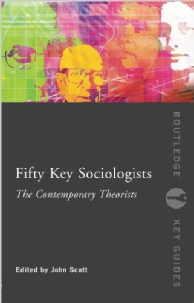