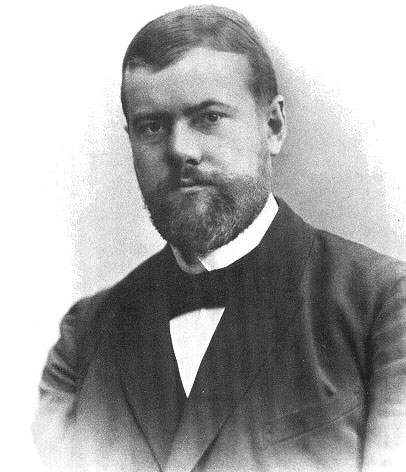 It is commonly held that Weber identified three dimensions of stratification: class, status, and party. This has long been the standard view and has been repeated countless times. It is not, in fact, what Weber said, or even what he implied. I have tried to counter this interpretation before, but here goes again.

Weber's explicit remarks on power were left unfinished when he died and were published only posthumously as distinct fragments on power and stratification that are now most familiar as parts of the text known, in its English translation, as Economy and Society. In these fragments, Weber discussed the conceptualisation of power in relation to issues of social stratification through 'class' (Klasse) and 'status' (Stände), seeing these social phenomena as being closely associated with each other. His earliest and longest set of notes on the distribution of power, most probably written between 1910 and 1914, first appeared in an English language translation with the title 'The Distribution of Power Within the Political Community: Class, Status, and Party' in the compilation produced by Gerth and Mills as From Max Weber. Weber returned to his text, some years after first drafting it, when he began to draw out the elements of a more analytical framework that could serve as part of the introduction to his more concrete comparative and historical investigations. This second version, written between 1918 and 1920 and published as the first part of Wirtschaft und Gesellschaft, was divided into two separate discussions on 'Power and Domination' (as a part of Chapter I) and on 'Status Groups and Classes' (as Chapter IV). While the first is relatively comprehensive, the section on social stratification is very brief and incomplete and is the most unsatisfactory part of the whole text. The latter fragment appeared as 'Estates and Classes' in the English translation by Henderson and Parsons in The Theory of Social and Economic Organization.

The dominant view, one that I share, is that Weber set out the basis for a three-dimensional approach to power, holding that there are three principal forms in which power appears in concrete historical societies. This interpretation of Weber has, however, been presented in misleading ways that have hampered theoretical and empirical advances in the study of power and stratification. The somewhat misleading titles given to his various discussions of stratification and power have compounded the problem of interpretation. While Weber has correctly been seen as recognising three forms or dimensions of social stratification, he has often been seen as holding that 'power' is one of those three dimensions alongside 'class' and 'status'. Despite the fragmentary form of his discussion, Weber's work gives no textual warrant for this interpretation. In fact, he says quite clearly that the trilogy of terms with which he is concerned - class, status, and 'party' - are all to be seen as aspects of the social distribution of power.

More sophisticated commentators have seen him as slavishly following the title invented by his editors and as proposing that the three dimensions are to be seen as class, status, and party. This view, again, completely misunderstands what Weber was seeking to do. He stated quite clearly - as is recognised in the title - that he was concerned with the distribution of power within a 'political community' or 'political association'. He limited his attention in that fragment to two aspects or dimensions of power: 'class' and 'status'. These underpin the formation of the various politically organised 'parties' that compete for power within such political associations as the modern nation state.

The third dimension or aspect of power that Weber identified cannot be reduced to the relations of 'parties' alone, as I argued in my 1996 book Stratification and Power. A clear understanding of this third form must go beyond the fragmentary texts to consider Weber's extensive analyses of states, forms of authority, and systems of bureaucratic administration. It is here that he outlined an analysis of politically organised power into what he called 'leadership' groups and 'ruling minorities' (which later writers called elites) and so provides an insight into the elements missing from his fragments. This analysis of political association complements his arguments on class and status and effectively completes the conceptual discussion of social stratification.