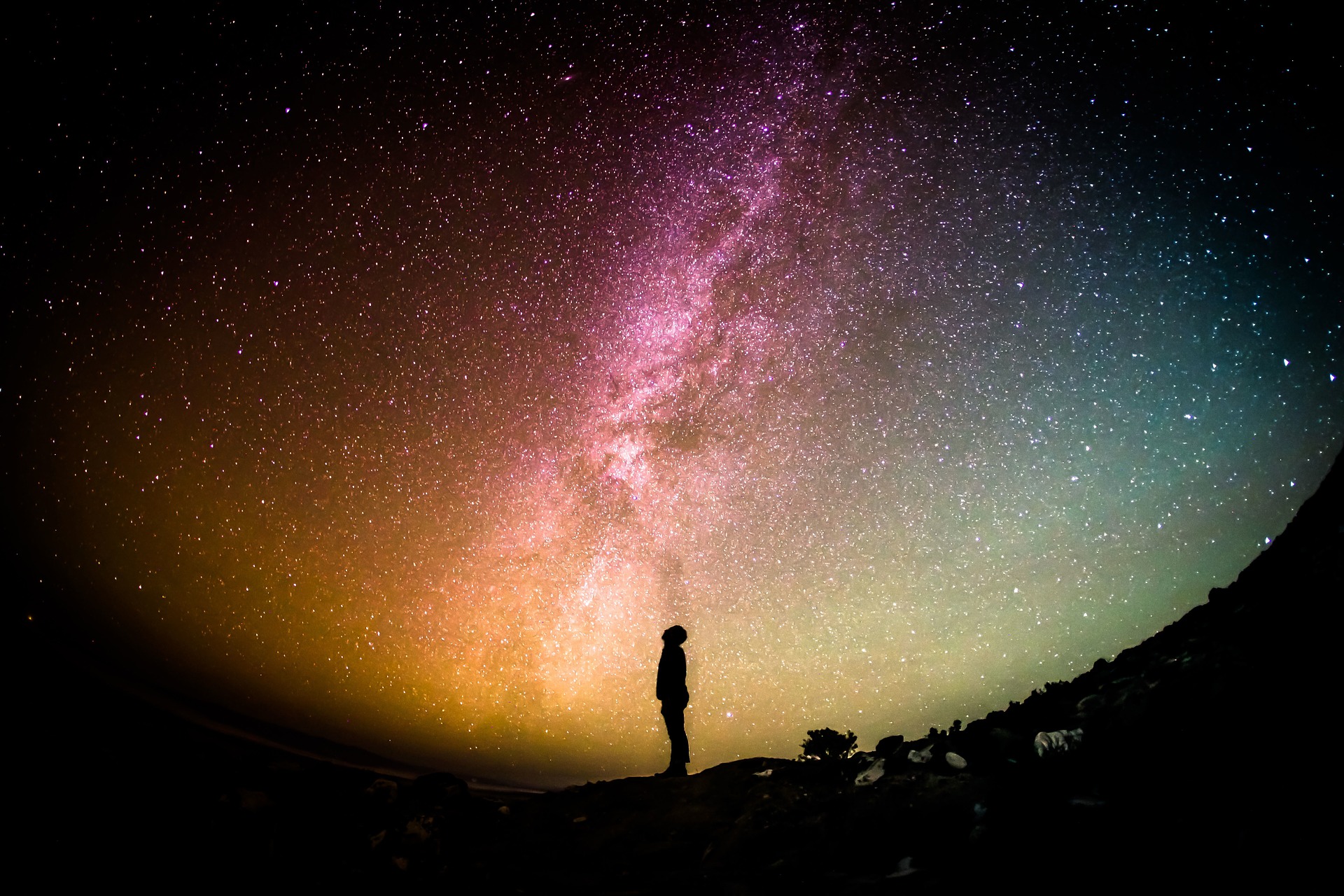 Space is an idea that seems obvious and familiar, but what does it mean to talk about 'social space'. In this post I look at a way of theorising space and social space in order to see how we actively produce the space in which we live.

The category of ‘space’, as Kant argued, is a necessary concept for experiencing the world. Use of the category is often thought to mean that space is an empty container in which objects exist. However, it is better understood as referring to the location and arrangement of objects relative to each other. It relates specifically to our experience of the location and arrangement of objects in the world.

This category has been seen by physical scientists as a way of grasping the explosive multidimensional expansion of a universe from ‘nothing’, an expansion in which matter acquired properties of endurance (time) and location (space). The physical world is seen as a concatenation of all causally interdependent material objects in motion and as embodying or generating the gravitational and other forces that, as space-time, bring about a state of continued expansion.

The evolutionary emergence of humans with a specific sensory apparatus led to a spatial awareness that is three dimensional in character (and involving a temporal dimension as an integral feature of space-time). The physical world is necessarily seen by humans as three dimensional, though the noumenal world may, in fact, be far more complex than this.

As humans are social animals, human perception and judgement occurs in a social context. Their spatially organised activities are, therefore, socially structured. The space that humans experience is always a social construction and this may or may not ‘correspond’ to the physical world described by physical scientists. This social space is ‘anchored’ in the humanly experienced three-dimensional world, but the social structures formed through spatialising practices may require the use of additional spatial dimensions if they are to be understood adequately.

This was the core of the argument that I developed in Chapter 5 of Conceptualising the Social World. Recently reading an interesting book by Martina Löw (The Sociology of Space. Materiality, Social Structures, and Action) has suggested some ways in which the argument can be tweaked and clarified.

Space, Löw agrees, is a ‘relational arrangement’ through which there is an ‘organising of proximity’. Space is to be seen as ‘a relational arrangement of bodies [i.e., material entities] in motion so that the arrangement itself is constantly changing’ (p. 106). Spaces are produced through spatial practices of ‘spacing’ and spatial ‘synthesis’, involving the erecting, storing, displaying, deploying, building, surveying, connecting, or positioning of material entities. Spatial synthesis is the perceptual or imaginative amalgamation of related entities into a distinct space (134-5).

These spatial practices may be purely conceptual or imaginative occurring as specific and deliberate spatialisations such as the planning of a public park, shopping centre, or new town. Such deliberate spatialisations may, like all social actions, have unintended consequences. Thus, the city planner who ‘creates’ neighbourhoods that are designed for ‘safety’ and a sense of ‘community’ may actually create the morphological conditions of rather different forms of life: as has happened with many tower blocks in which residents experience isolation, alienation, and physical danger.

More typically, however, they are combined into practical actions that produce or contribute to the production of a space. They occur, therefore, as integral aspects of the production and reproduction of social structures. Thus, a domestic living room may be constituted as a space with a definite character. Taking the physical arrangement that has been designed into a house by an architect or builder, its occupants position particular items of furniture (sofa, table, shelving, television, etc.) and fill these with appropriate objects (cushions, CDs, books, ornaments, etc.), following institutionalised norms and conventions that they modify according to personal preference. When conventions and fashions change, the spacing may change: walls may be ‘knocked through’ to bring cooking and dining areas into a single ‘family’ living space.

Large-scale and less tangible spaces are produced in this same way. For example, the organisation of higher education involves the formation of universities to organise and deliver teaching and research. A university as an organisation is a social entity with particular physical locations (its campuses and buildings). Each university stands in various relations of competition, alliance, and so on with others, and the social structure produced by these relations—manifest in league tables, levels of funding, etc.—comprises a specific ‘higher education’ space that is anchored in particular physical locations but is irreducible to the physical spaces occupied. (in practice, of course, the space is also defined by the activities of ministries, funding bodies, and other relevant organisations).

This, the higher education space is an autonomous, sui generis space irreducible to any physical space. It is a space within which an individual lecturer may be able to move from one university to another, physically changing his or her place of work, but this movement is also likely to be a movement from one university to another that is better or worse in funding, league tables, or conventional judgements. The individual moves, therefore, in a social space as well as a physical space, and the overall ‘distance’ and ‘direction’ of movement cannot be reduced merely to particular numbers of miles or a compass bearing.

However, such a space is dynamic. Universities may alter their positions in the space, typically without any physical relocation (though this does sometimes happen). This movement is a consequence of their recruitment practices (and hence of the movements made by their individual teachers and researchers) and also by their ability to secure funding and other resources that allow them to rise in league tables, improve their REF performance, or join a particular mission group.

Similarly, the intersection of employment spaces and propertied spaces, together with family and kinship spaces, leisure-time spaces, etc., comprise a class space within which individual ‘social mobility’ may be traced and the changing position of social classes can be located.

< The Social Life of Nothing Objectivity and Subjectivity >