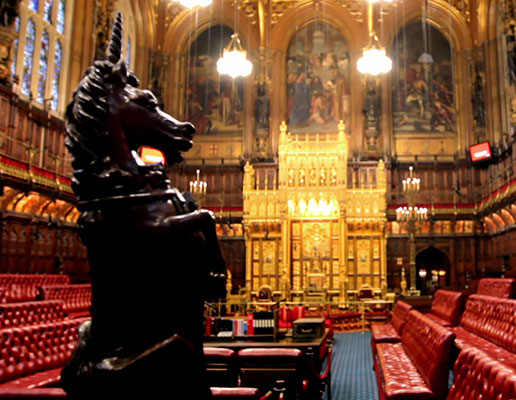 Much of my research has concerned status and the dominant classes in relation to political power. One focus has been on the role of the House of Lords in Parliament. This has changed considerably over time. The link between the House of Lords and an hereditary peerage has almost disappeared. Most members of the House today are Life Peers who are appointed by the main political parties or by an Appointments Commission as independent, crossbench members. The Lords today has to be viewed as a central part of the parliamentary system concerned with reflecting on, revising, and improving legislation. The important question is what further reforms are needed in order to enhance its role.

Any major reforms to principles of appointment and composition require parliamentary time for legislation, which is unlikely to be available very soon. The House has, however, undertaken some reforms itself under delegated powers of secondary legislation. In December 2016 a Committee was set up by the Lord Speaker (Lord Fowler) to consider how best to reduce the size of the House so as to make it a more efficient body. The Committee called for evidence for the public and held hearings when oral evidence was taken. I submitted written evidence and was invited to elaborate on this in an oral hearing. The text below is the written evidence that I submitted to the Committee.

1. The question of the reduction in size of the House of Lords cannot be completely separated from the larger question of the reform of the House but as these are beyond the remit of the Committee, I limit my comments to the narrow question of size. The views presented here concentrate on improving the ability of the House to carry out its current role of reflecting upon and revising legislation. An effective addressing of the issue of size would, I believe, help to defuse much current criticism of the House and would allow a more informed consideration of Reform in due course.

2. I strongly believe in the importance of retaining and strengthening an appointed An appointed House that is focused on its current tasks of debate, reflection, and revision, and is able to escape current criticisms of its size and composition, would develop its role as an essential adjunct to good legislation.

3. The aim of the current discussion is to reduce the size of the House to 450-500 members, or perhaps up to the size of the Commons. This seems appropriate, so long as the number of active attendees is sufficient. My submission is based also on the view that a reduction should be phased and gradual so as to avoid a sudden change in membership. Continuity of experience must be maintained through any change.

4. This aim can and should be achieved through the introduction of a single principle of time-limited active membership of the House. This can achieve the size reduction without the introduction of compulsory age retirement. The maximum term of office should be 15 years (equivalent to three parliamentary terms), allowing both the building of individual experience and the potential for sustained contribution to the work of the House. This principle should apply to all new appointees, but would need to be introduced on a phased basis for all existing peers.

5. The change to a fixed term, maximum length of membership would need to be introduced on a phased basis so as to avoid any 'cliff-edge' retirement of large numbers of Lords. Phasing of retirement on grounds of length of service will also ensure that no individual Peer is faced with a sudden and unanticipated departure from the House.

6. For those who have already served 15 years or more, retirement might be phased over, say, 4 years to allow an appropriate adjustment for existing membership. For example, those having already served 13, 14, or 15+ years might be given, respectively, a maximum of 4, 5, or 6 further years of service before retirement. If this is thought to be too Draconian, the period of phasing could be extended.

7. Phasing of retirement would avoid the kind of 'cull' that would result from the suggestion made by Lord Tebbitt in the initial debate on this topic. It would also avoid the need for a sudden 'election' of Peers to continue in office.

8. This change would ensure that all party and cross-bench peers are present on the same appointed basis. Having some Peers directly appointed and others elected by appointed Peers would introduce two classes of Peer and would be a very retrograde step. The introduction of a length of service retirement principle would also preclude any permanent career membership of the House. It is important that membership of the House of Lords should not be seen as a long-term career. (I here argue against the position of Lord Dubs in the initial debate). It is important that there be a regular, but slow, turnover of active membership. Membership should be a time-limited commitment of the 15 years I suggest. This is long enough for the building of experience and short-enough to allow periodic renewal of membership. Exceptions may be permitted for those holding posts such as that of Lord Speaker, which require considerable experience.

9. The phased introduction of retirement after 15 years of service would allow a 'fine-tuning' of the party balance to be undertaken, which is a condition of the current considerations. The balance should be maintained among parties and between the parties collectively and the Crossbench Peers. The proportion of Crossbenchers has been set at a 20% minimum, though there are strong grounds for increasing this to 30%. This would then mean maintaining the party levels at 36% Government and 34% Opposition. These proposals retain the principle of a two percentage point advantage for the party of Government. Balance among the Opposition Peers should be determined as at present on the basis of long-term trends in Commons strength.

10. Without detailed knowledge of the length of service of current Peers it is impossible to work out the consequences of this retirement policy. Although it would undoubtedly produce a size reduction on a phased basis, the scale is uncertain and would require statistical analysis by the House clerks and the House of Lords Appointments Commission. This would also inform the necessary fine-tuning of House balance by allowing predictions of the implications of prospective retirements for House balance in any year to be made and for appropriate actions to be planned so as to ensure a balanced House of the desired size. These changes would mean that the size of the House fluctuates from year to year but this will settle down to small fluctuations around a constant level.

11. If, as is likely, retirement disproportionately affects the various parties, then phasing would need to be modified at the margins to smooth the effects of retirement on party balance. It is also likely that retirement after 15 years may cause problems for the parties where they have already appointed long-serving members (say 10 years or more) to the Front Bench with the expectation that they would continue in office for some further time. Exceptions could be made for those in such positions, with their retirement deferred to the end of their term of office. The standard arrangement should, however, apply to all new appointees.

12. Retirement should take place at the end of the session in which a Peer reaches 15 years of service but should not be deferred until the end of a Parliament. This would ensure a gradual turnover rather than having a large turnover of membership at the time of a new Parliament. The principle set out here would ensure sufficient continuity across Parliaments, which ought to be a fundamental consideration.

13. The phased reduction in size must not be so great that any reform at a later date that required the final removal of the hereditary element and the removal of the Spiritual Lords (reducing House size by a further 118) did not result in a House that was too small to undertake its work and so to a need to make a sudden appointment of large numbers of new Peers. Although the Committee is not considering such Reforms, it must note and anticipate possible implications of its intention to reduce the current size.

14. All new appointments should be made through the House of Lords Appointments Commission, which should receive party recommendations and public applications, considering all for eligibility. Interviewing should remain the case for Crossbench applicants but should not be extended to party recommendations. Party candidates should, however, be considered for both eligibility and suitability. The Prime Minister's list should no longer be separate from other Party appointments as appointment to the House is an Honorific appointment to allow involvement in the practical work of the House and not an individual reward.

15. Retiring Peers would, of course, retain their titles, but there is some value in introducing a distinguishing element for active members. All those appointed to the Lords would be entitled to use the current title 'Rt Hon Lord/Baroness X', but active members might, in addition, append 'MHL' (Member of the House of Lords) to their name or title during the period of their membership. This would parallel the use of 'MP' by members of the Commons.

16. There has been some consideration of compensating benefits for retired Peers. Payment of a pension would not be appropriate as it would be a departure from the principle that membership is unpaid. It may, however, be appropriate to accord a de facto 'emeritus' status on retirees. This would not carry any additional title but would give rights of continued access to the Palace of Westminster to sit in the Peers' Gallery to observe debates, to use the library, and, perhaps, to use certain catering facilities.

17. The changes outlined here would produce a fully legitimate reflective and revising Chamber with sufficient continuity of membership. It ensures sufficient continuity of membership to allow collective experience and collective memory to be built, but it also creates the possibility for wider numbers of people to have the opportunity to participate in the work of the House.

< Relevance and Impact for Sociology Welcome >