My work on structural issues in sociology has centred on the issues of social stratification and power, especially economic power and the formation of dominant classes and elites. 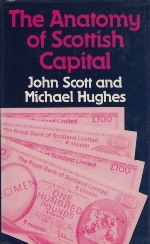 My earliest work in economic sociology was concerned with corporate power in Scotland. Working with Mike Hughes I investigated the ownership structure of large Scottish companies and discovered the key role played by Scottish- based investment trusts. Early results from this work appeared in a contribution to Gordon Brown’s Red Paper on Scotland (1975) and a couple of journal articles. The research was extended into a historical study of change over the twentieth century, looking in particular at patterns of board- level control. This was published in The Anatomy of Scottish Capital (Croom Helm, 1980).

This research was extended into an investigation of ownership and control patterns in Britain as a whole, and the resulting work, undertaken with Catherine Griff, was published in Directors of Industry (Polity Press, 1984). In order to put the emerging British data into an international context I had already published Corporations, Classes, and Capitalism (Hutchinson, 1978) in which I introduced the term ‘control through a constellation of interests’ as an alternative to the accepted idea of ‘management control’.  This book appeared in a second edition and was then completely revised with the title Corporate Business and Capitalist Classes (Oxford University Press, 1997). 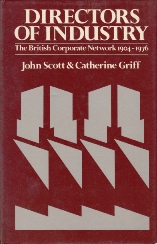 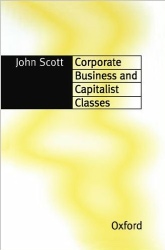 The British research formed part of an international project on corporate control headed by Frans Stokman and Rolf Ziegler and coordinated through meetings at Bad Homburg. This research led to the publication of a joint volume on Networks of Corporate Power (Polity Press, 1985). I enlarged the research myself into a comparative investigation of Britain, the United States, and Japan, demonstrating that the concept of control through a constellation of interests could be extended to the US but that patterns of ownership and control were significantly different in Japan. This work was published in Capitalist Property and Financial Power (Harvester Press, 1986). The most recent international investigation has been brought together in a volume edited with Georgina Murray called Financial Elites and Transnational Business (Edward Elgar, 2012). 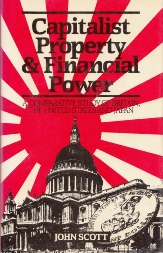 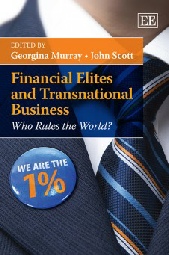 My work for my PhD had been concerned with developing a theory of status to complement theoretical approaches to class. I worked on this systematically over a long period and set out a general framework in my book Stratification and Power (Polity Press, 1996). I argued that Max Weber’s approach to stratification provided a fruitful basis for understanding the relationship between class and status as ideal typical elements in patterns of stratification. I added the further element that a third dimension of command or authority could also be identified, alongside the economic dimension underlying class and the cultural dimension underlying status, and that command was the basis of elite relations. I developed this latter view more comprehensively in Power (Polity Press, 2001). The general forms of elites and power were especially explored in the work of C. Wright Mills, and I added a comment on this in a book edited with Ann Nilsen to mark the 50th anniversary of Mills’s death (C. Wright Mills and the Sociological Imagination (Edward Elgar, 2013) ). 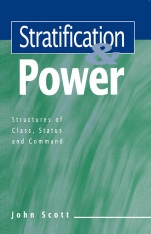 The ideas that I developed were applied in studies of dominant classes in Britain. In The Upper Classes (Macmillan, 1982) I traced the development of a British upper class from its feudal origins to its contemporary capitalist form. In Who Rules Britain? (Polity Press, 1991) I looked particularly at the contemporary period and re- examined the concept of a ruling class through investigating the interrelationship of class and elite relations and the legitimating effects of status relations.  I pursued issues of class privilege in relation to wider patterns of inequality and poverty in Poverty and Wealth (Longman, 1994).